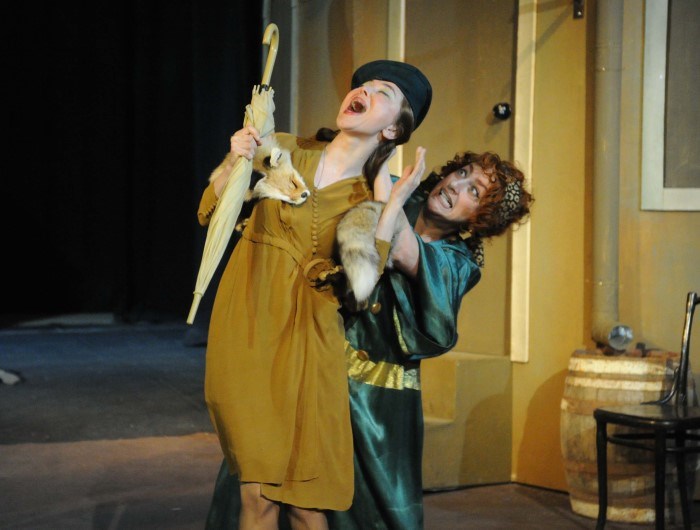 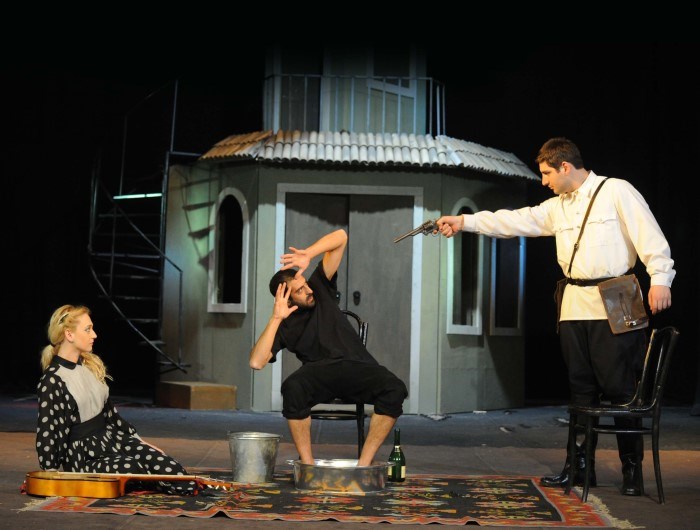 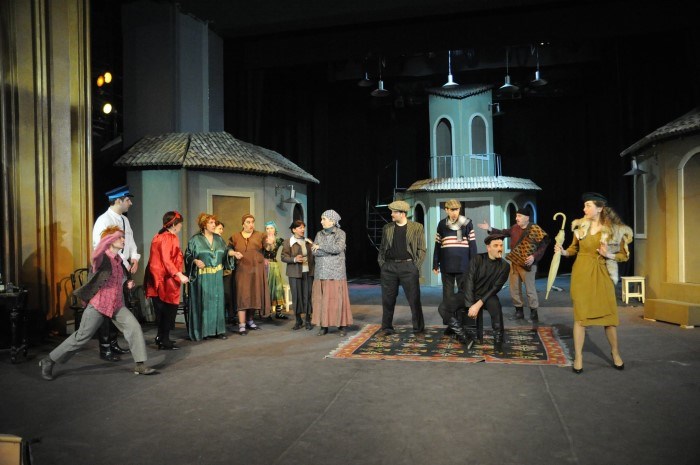 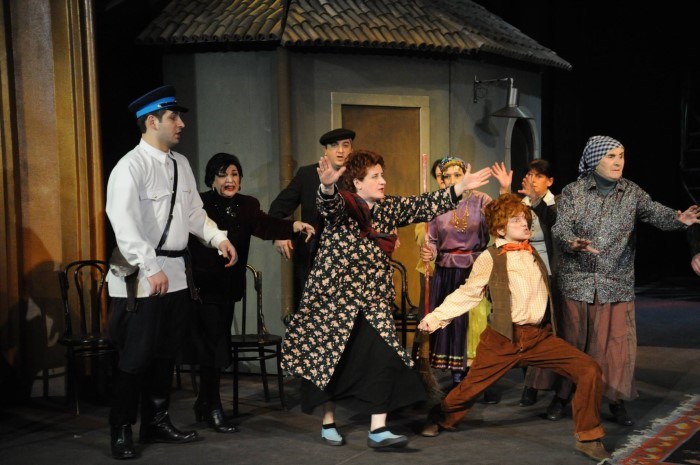 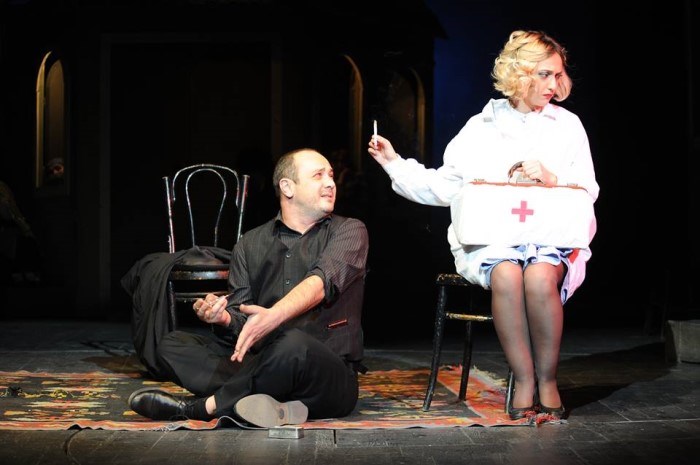 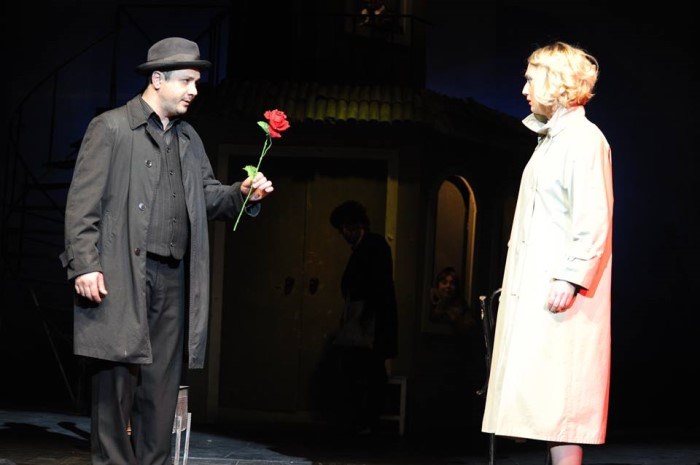 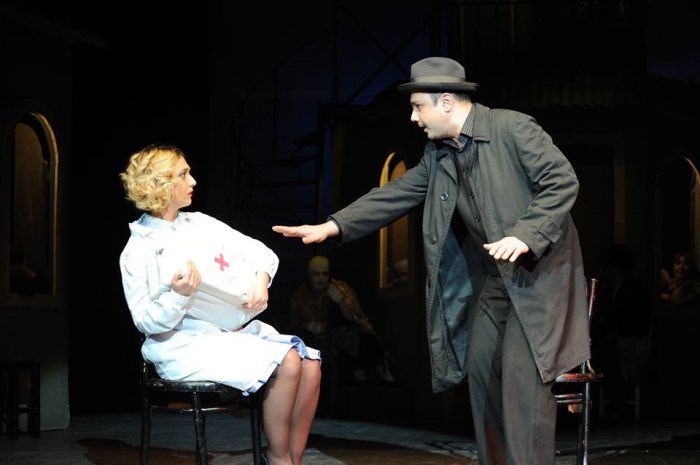 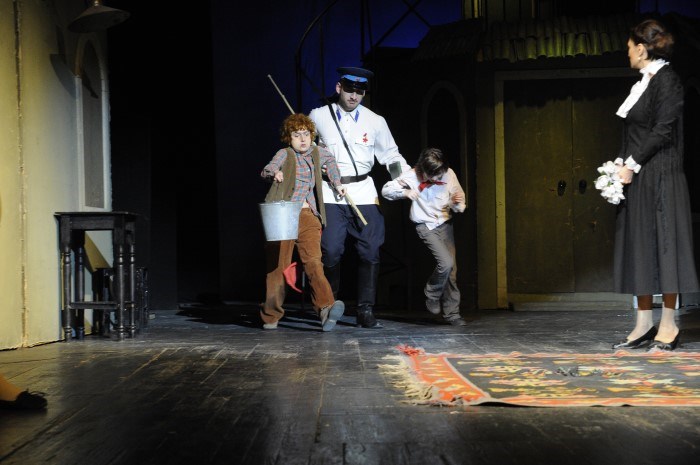 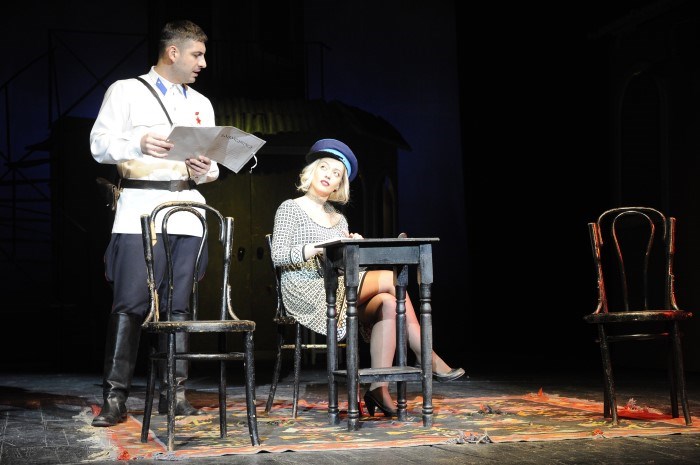 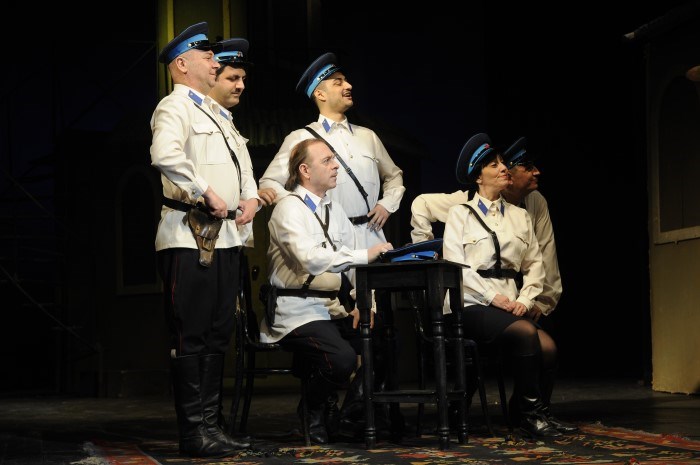 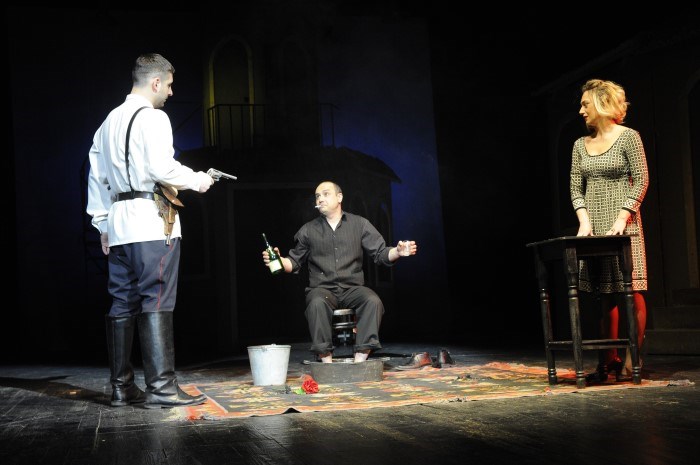 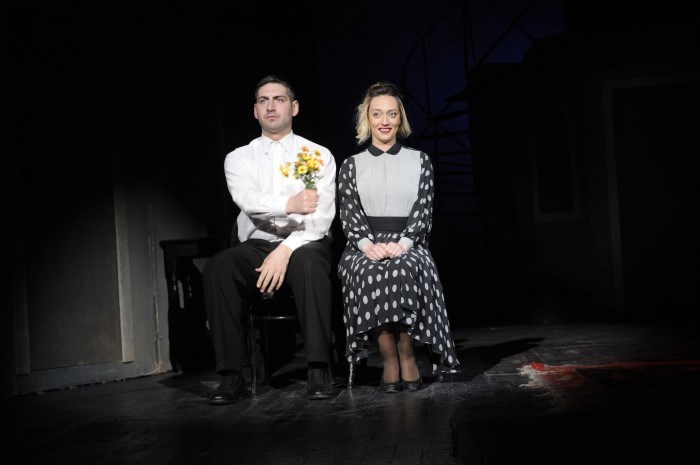 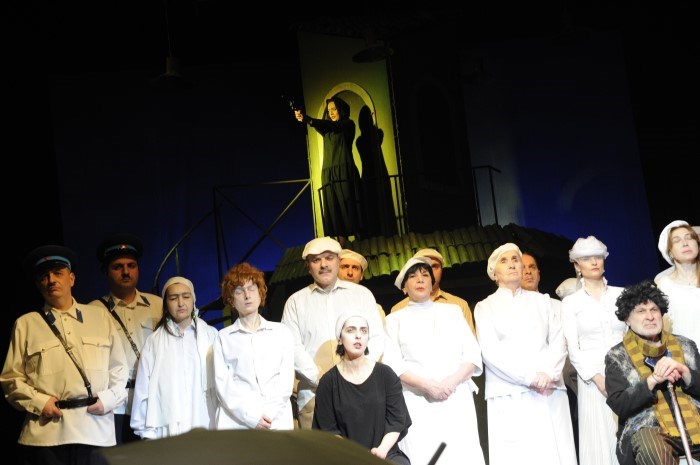 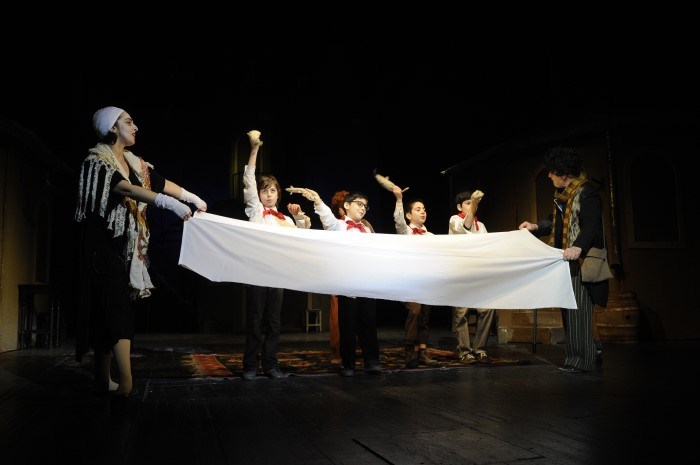 The play “Kukaracha” is a staged version of the novel written by the famous author Nodar Dumbadze. It pictures Tbilisi, the capital of Soviet Georgia before the war and the chronicles of the tiny yard with its nice and unpleasant days. The main character -Giorgi Tushurashvili with a nickname Kukaracha- is a policeman. He thinks that his mission is to save a young lady Inga, who faces troubles due to her relationship with a thief, drug addicted guy Murtalo. Kukaracha and Inga fell in love with each other, but Murtalo becomes jealous and kills the policeman. The war starts the other day and the sad story is nearly forgotten. “Kukaracha” is one of the popular and beloved novels in Georgian prosaic literature.