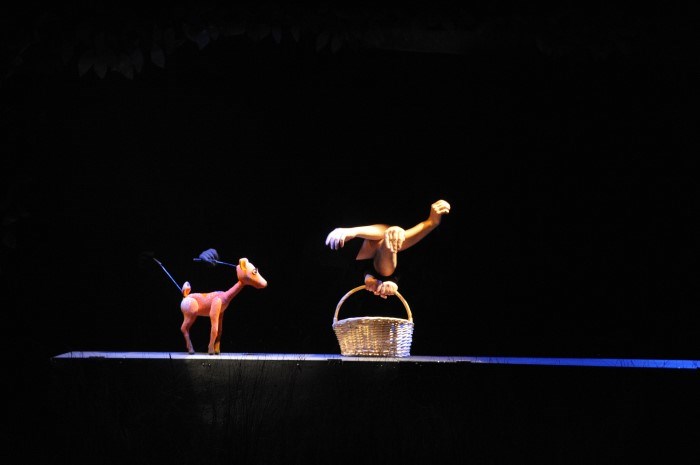 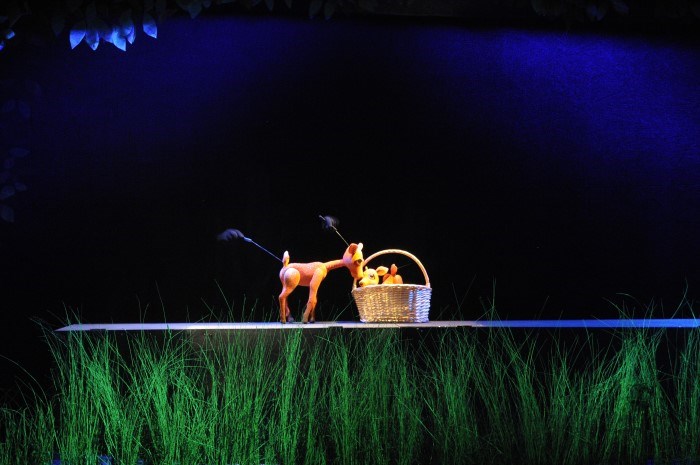 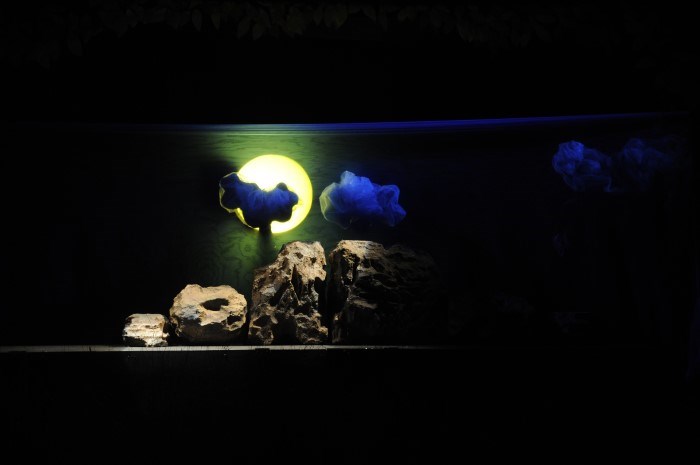 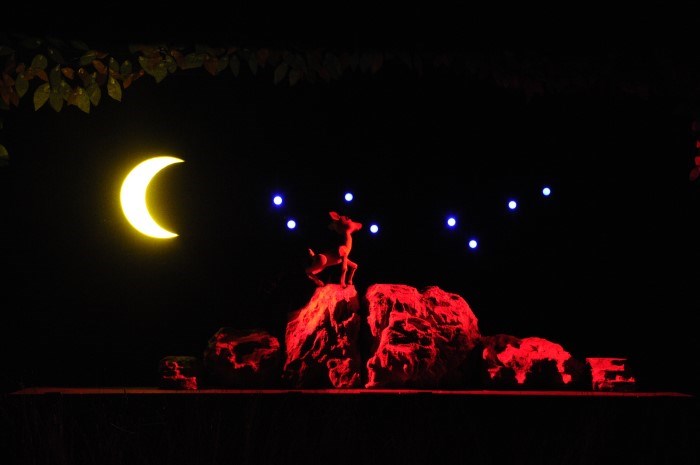 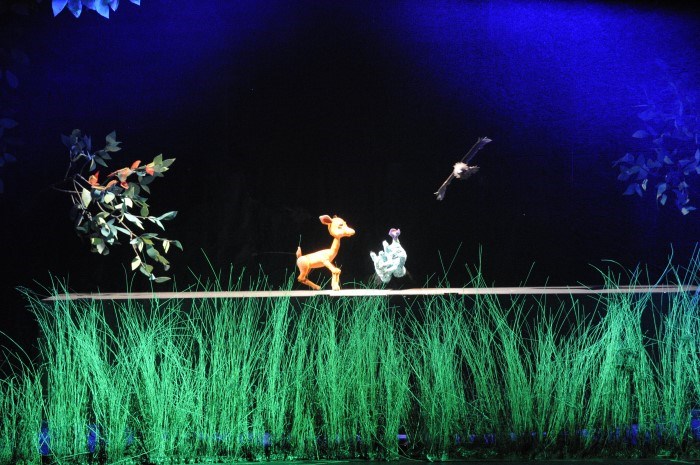 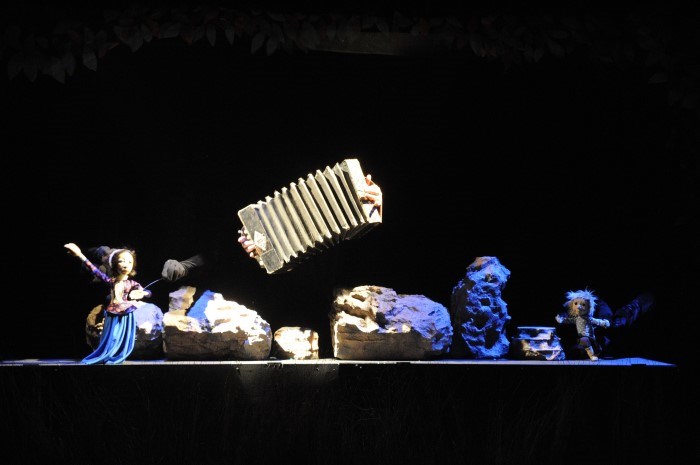 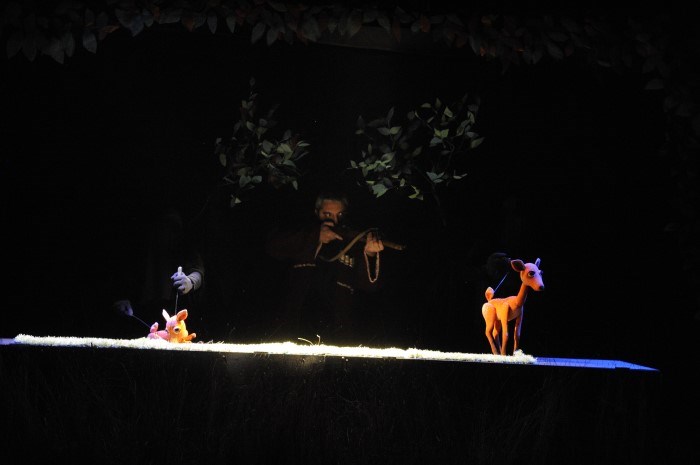 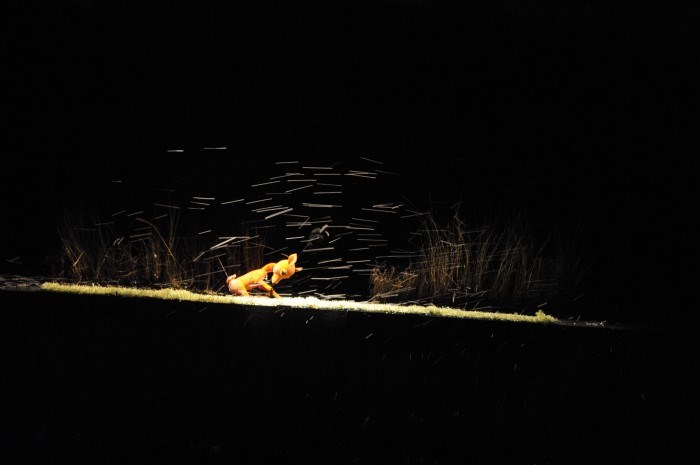 The tale of the roe

Beautifully written by famous Georgian writer Vazha-Pshavela and marvelously performed with puppets, it is the story of a young deer, born in the dark woods and mountains of Georgia. The main character – lovely baby deer discovers the beautiful world around him together with his mother, where flora and fauna co-exist in harmony and love. He meets birds and animals, dead trees and beautiful flowers, sullen rocks and murmuring water-stream, and at the end, he meets people – the little boy wants to take a cute deer with him, his mother says – no, every creature has to live free. But, finally, the tragic ending is unavoidable – a hunter kills a mother-deer and young deer is fated to live unprotected in fear and loneliness. The story shows wild animals and their struggle for surviving in the woods, avoiding the threat of humans; one of our aims was to explain children (and not only children, but adults) a negative effect of mankind on the environment. As audience leaves the theatre, he thinks about the compassion and love, about a choice that every human has to make. The whole show is a unique experience, opening the eyes of the audience to the puppetry world and its endless possibilities. The performance is followed by Georgian music, song verses and dances, which made it enjoyable for both - kids and adults.