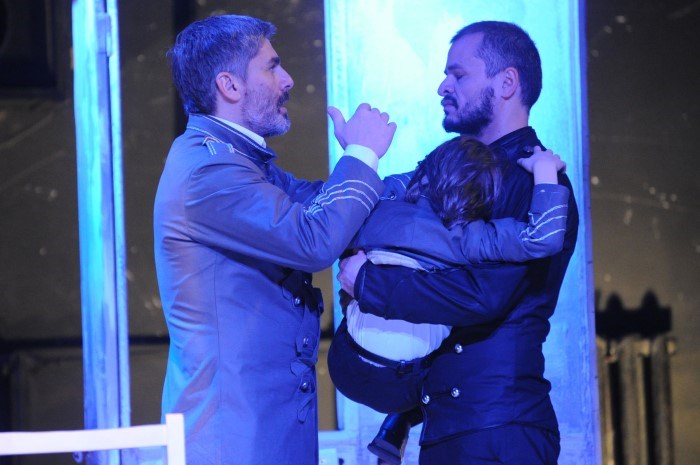 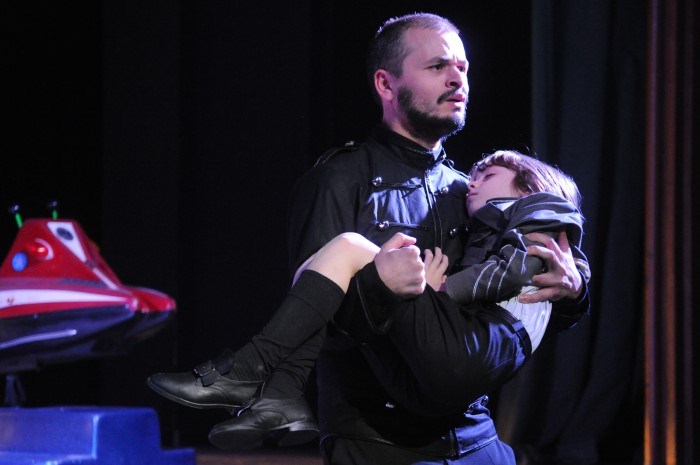 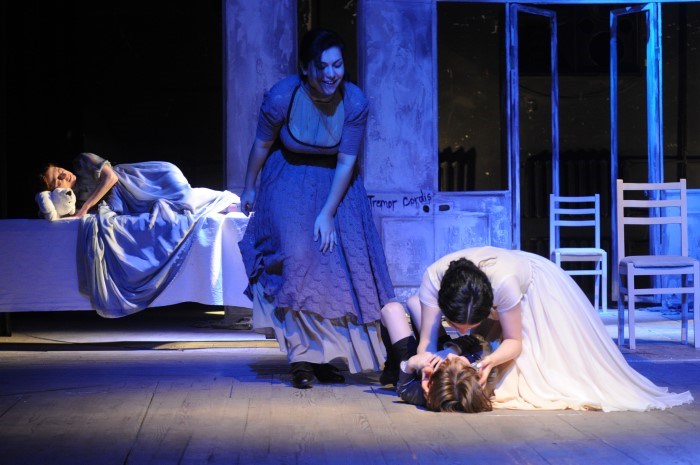 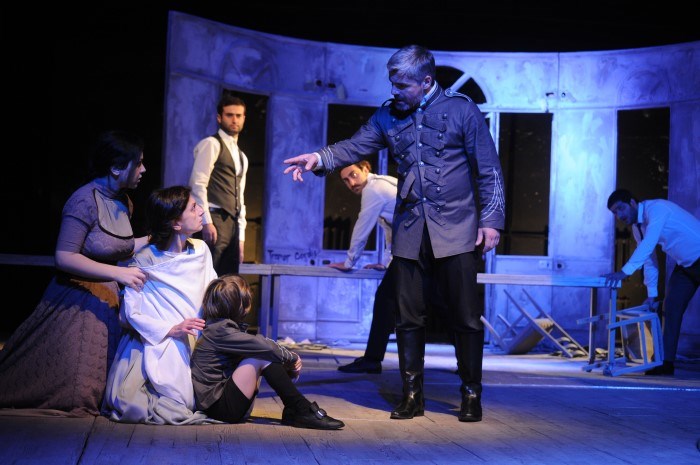 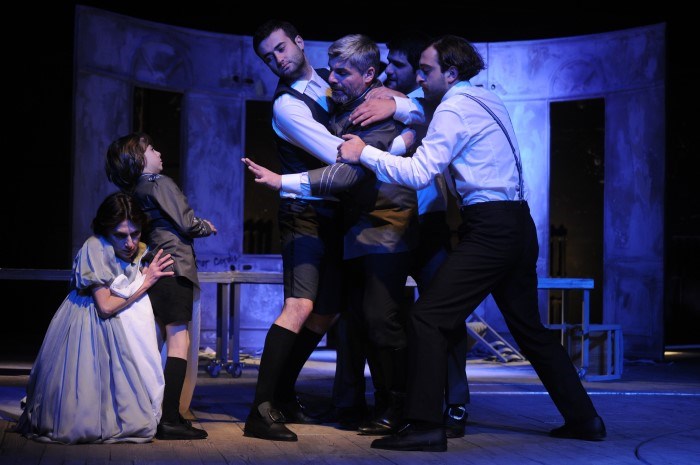 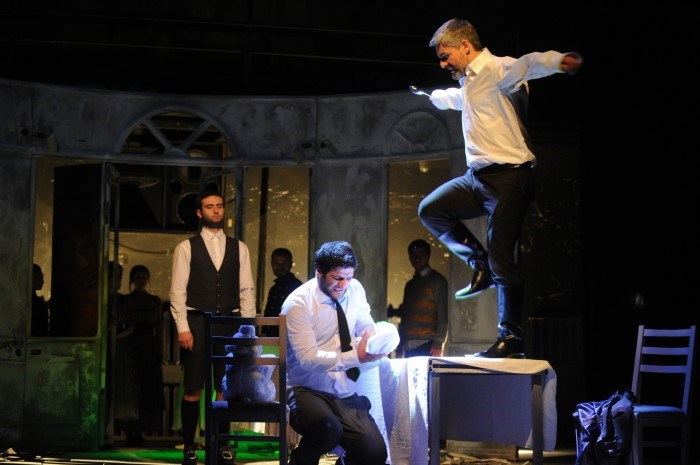 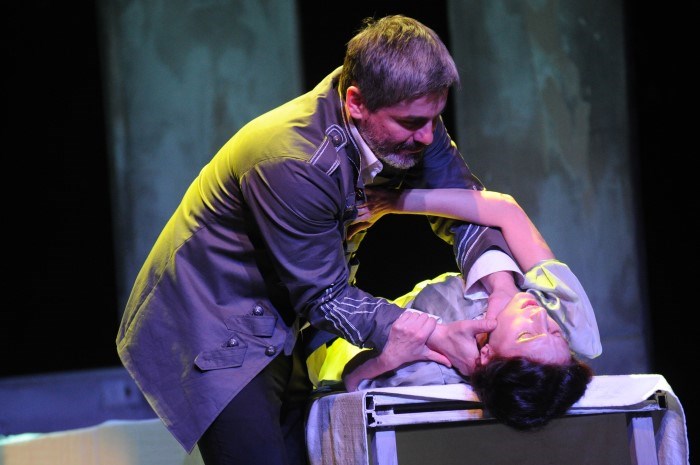 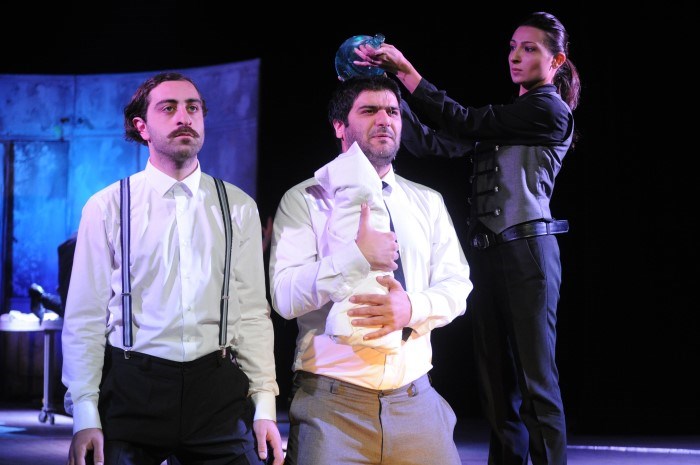 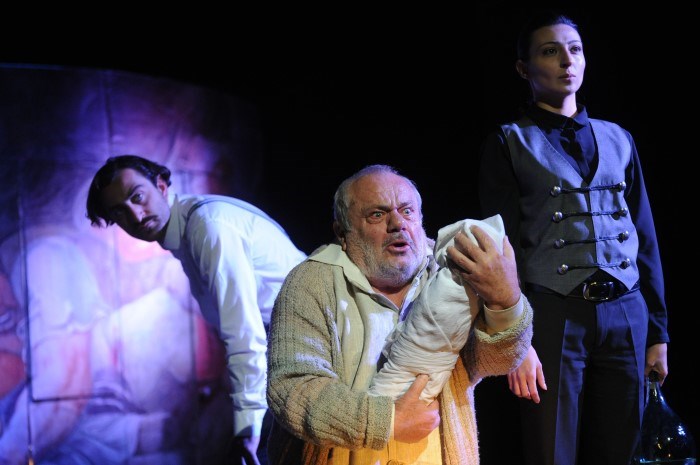 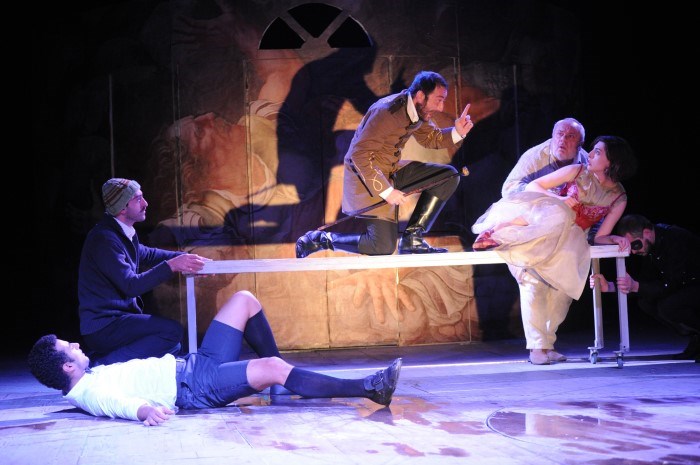 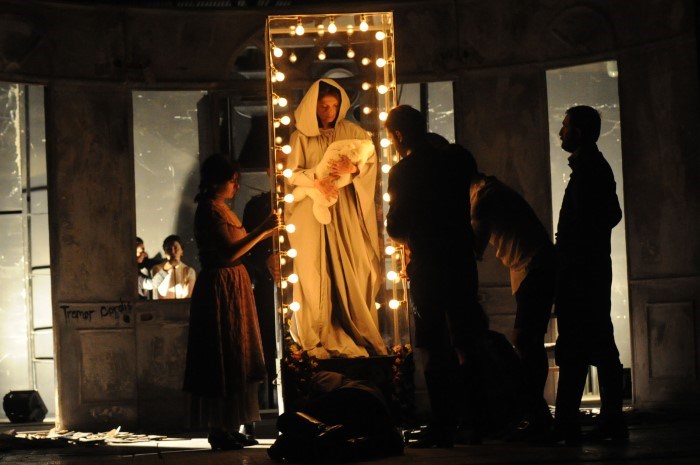 The Winter's Tale - originally published in 1623, although grouped among the comedies, has lately been relabelled as one of Shakespeare's late romances. Some critics consider it to be one of Shakespeare's "problem plays", because the first three acts are filled with intense psychological drama, while the last two acts are comedic and supply a happy ending. The play has not been particularly popular in Georgian theatre, the current production is an attempt of giving the classical play a new life. Young director and the cast present a daring interpretation of the play, balancing on the verge of renaissance art, mythology, complexities and dark sides of the human nature; a gripping story of love, jealousy, neglecting and reunion.